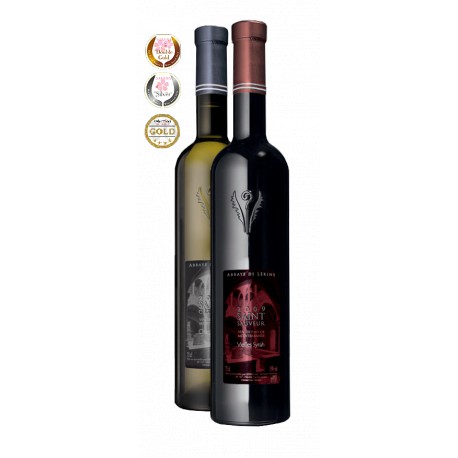 Deep red color, shiny and clear. The nose is intense marked by fruity: the blackberry, the macerated plum ... the evolution goes towards sweet spices. The wood is delicate.

The mouth is frank and generous. The tannins that are present bring an ample and a lot of material to a final in length. Grilled meat

The year 2015 was marked by a particularly dry spring. As of March, the precipitation was low and faded as it approached the summer to give way to hot spells during the summer. A vineyard restructuring work coupled with a dry spring resulted in a small harvest and early harvest.

However the health status of the grape and a sufficient maturity were at the rendezvous. The harvest took place between 17 August and 4 September instead of September to mid-October. If the 2015 production is low, the vinification was carried out to optimize this quality millésime.

With a pale yellow color with light iridescent reflections the Saint Césaire reveals its delicacy. The first nose, straight, reveals delicate aromas of pear and citrus, a freshness carried by notes of eucalyptus.

The mouth full of tension with a chiseled aroma expresses an iodized character reflection of its island terroir. The second mouth is ample, round prolonged by a beautiful vivacity and a final pulling on mirabelle and quince, the whole is enhanced by a slight bit of bitterness which signs this pretty wine.

8 other products in the same category: