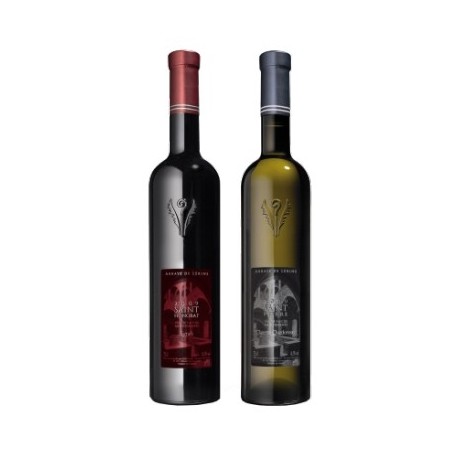 By Gérard BASSET,  best sommelier of the world 2010.

Rounded with ripe tannin on the palate.  The wine is middle weight in body with a gamey finish.

The mouth is very ample, between freshness and richness. Marrying suppleness and nervousness, the Saint Pierre cuvée gives unctuous wines, with floral aromas: a fine and complex wine.

The year 2014 is characterized by good rainfall in winter but low from spring and a sunny summer without being excessively hot during July, August. However the very hot days in September were a test for the grape harvesters. The rare rains of April favored a good development of the flowers on the vines. The harvest was greater than the previous year, with a later maturity but a good sanitary condition.

The mouth is characteristic of the vintage with freshness and tonicity. This wine is characterized by a pretty length.

10 other products in the same category: